Once a tenant has been invited and enrolled in Security Deposit Insurance with Rhino, you'll be able file a claim at any point during or up to 60 days after the lease and Rhino will review and reimburse your claim and work with the renter on repayment options.

More information on inviting your tenants to Rhino can be found here: Invite Tenants to Sign Up for Rhino

Filing claims against a tenant's Rhino policy is simple process done via the Rhino Partner interface. 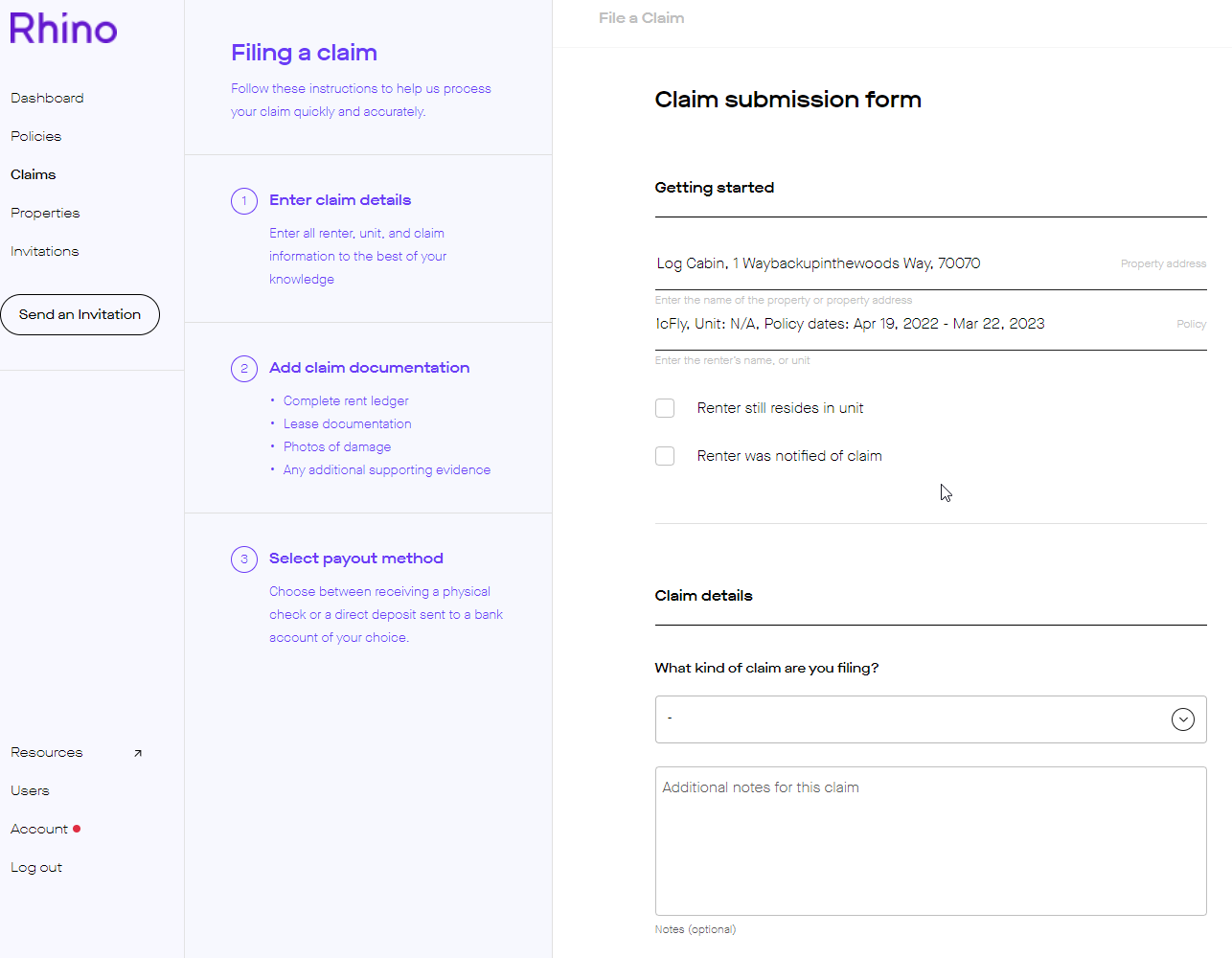 New features labeled as "Rentec Labs" are just leaving the "lab" (aka our software developers' workshop). A feature included in Rentec Labs has already gone through rigorous internal testing; however, since it is a big new feature it may have had limited testing outside of our offices. Once the feature has been in use externally for some time with no issues, it will leave Rentec Labs. More information on Rentec Labs can be found here: What is Rentec Labs?
Did this answer your question? Thanks for the feedback There was a problem submitting your feedback. Please try again later.
Last updated on June 21, 2022